NEXT WEEK’S OTA SCHEDULE
Tuesday – May 29
12:35 – 2:05pm – Open to media (photographers and videographers will be restricted to shooting stretching and individual drills only);
Coach Gailey available following

QUOTE OF THE DAY
QB Ryan Fitzpatrick
On working with new quarterback coach David Lee and working on his mechanics:
“I’ve never really had a technician as a coach. I’ve kind of always just gone out there and thrown. And I don’t know why I go out and throw like I do. I just go out and do it. To have a coach like him that’s able to sit there and say, ‘Hey you missed this throw six times last year and you missed it low every time. Here’s why…’ That makes a lot of sense for me. That’s something that I can process and now I understand why I’m doing it and can correct it.

“We’re attacking it right now. Every throw there’s dialogue. He’s just making sure that I’m heading in the right direction fundamentally and not going to slip into old habits.” 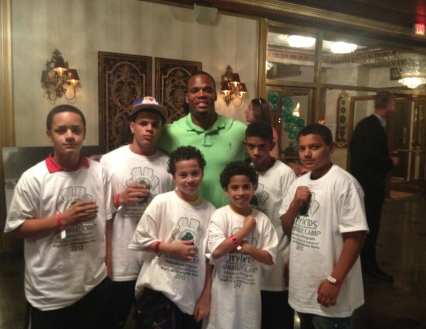 BuffaloBills.com – Spiller and Wilson giving back

Additional Clips
Inside the Bills Blog
McGee on his veteran influences